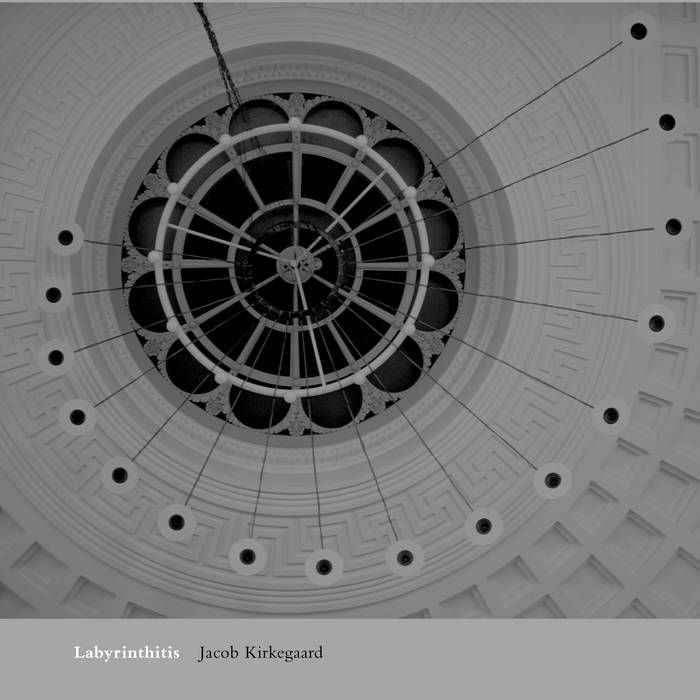 Jacob Kirkegaard has turned his ears inwards: His new work LABYRINTHITIS is an interactive sound piece that consists entirely of sounds generated in the artist’s auditory organs – and will cause audible responses in those of the audience.

LABYRINTHITIS relies on a principle employed both in medical science and musical practice: When two frequencies at a certain ratio are played into the ear, additional vibrations in the inner ear will produce a third frequency. This frequency is generated by the ear itself: a so-called “distortion product otoacoustic emission” (DPOAE), also referred to in musicology as “Tartini tone”.

By arranging the tones from his ears in a composition and playing them to an audience, the artist evokes further distortion effects in the ears of his listeners. At first, each new tone can only be perceived “intersubjectively”: inside the head of each one in the audience. Kirkegaard artificially reproduces this tone and introduces it, “objectively”, into his composition. When combined with another distorting frequency, it will create another tone… until, step by step, a pattern of descending tonal structure emerges whose spiral form mirrors the composition of resonant spectra in the human cochlea.

(The effect in your ears will not appear when listening to the sound file at www.fonik.dk/works/labyrinthitis.html)

Paradoxical as it may sound: we can listen to our own ears. The human hearing organ – still often perceived as a passive unidirectional medium – does not only receive sounds from the outside, it also generates its own sound from within itself. As a matter of fact, it can even be “played on”, just like an acoustic instrument.