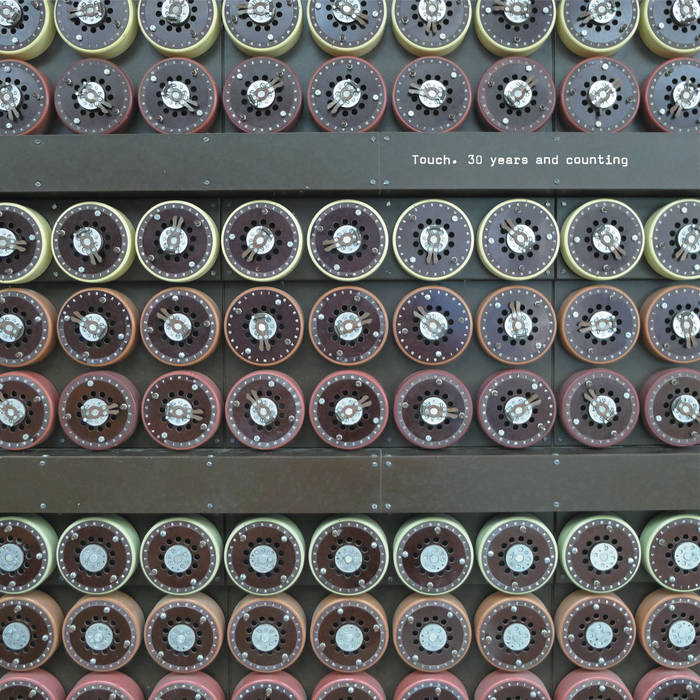 The Book Depository
ELEH - Over Woven
BJNilsen - The cackle of dogs and laughter of death
Recorded outside The London School of Hygiene and Tropical Medicine, September 10th 2012
Nana April Jun - High And Low And Mid Plane Mass

"30 years and counting is an echo of a time when the world was in a critical condition, and potentially about to blow itself into oblivion at the tail end of the Cold War. As such the title is a wry reflection on the situation we find ourselves in today, where the final curtain is less likely to close, but the stakes somehow seem to be more extreme and polarised than ever.

As far as Touch is concerned, it is an expression of our youthful relationship to the work. Mike Harding and Jon Wozencroft invited each of the Touch artists to contribute a glimpse of their current practice to what is effectively a group show rather than a compilation. The brief was not only to celebrate a situation, but to remind each other why we are doing it, and make a kind of documentary realism.

Some artists responded quickly with significant twists and returns to their signature sound and others left it to the last minute. The net result was that Mike and Jon mastered the LP/CD more or less as live performance in the cutting room, Transition, as an expression of the vitality of the project rather than some pre-ordained historical item.

The history is built into the cover with two images of the first computer, the ‘Colossus’, built in Bletchley Park during the early 1940s as a means of cracking the Enigma codes… Here the pressure of time is at its most compressed. Two contra-punctal images were shot only recently, backstage moments of Touch 30 situations which as historical events, pale in comparison – they are just personal, memories in a flash.

30 years and counting is a filmic/time-based response from a collective of artists who have made a distinct impression on contemporary music and the way things go. Fennesz, Eleh, Hildur Gudnadottir, Chris Watson, Philip Jeck, Biosphere… We should really list everyone. That’s what they try and do on hip-hop albums.

We started with cassettes; this project commenced as a dedication to vinyl rather than digital, a question concerning the art of recording. 30 years and counting is a manifesto after all these transformations. It is available on CD and download. The vinyl flares with the crackle of the present." Jon Wozencroft, November 2012

outré black metal, with a Victory Over the Sun interview and music from Liturgy and Jute Gyte.